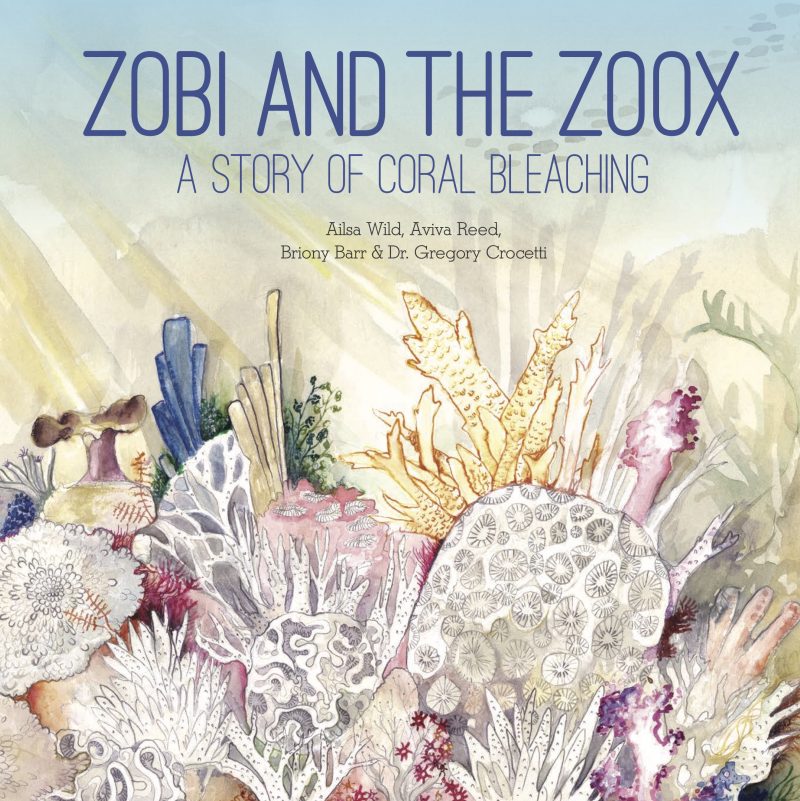 Winner of the 2019 Whitley Medal, Zobi and the Zoox: A Story of Coral Bleaching is a beautifully illustrated science-adventure story, set on the Great Barrier Reef. This 44-page children’s book features a cast of microbes, molecules and mucus – the microscopic members of the symbiotic society within coral. When their coral polyp home begins to bleach due to the warming ocean, our hero Zobi (a rhizobia bacterium) works together with a family of slow-but-steady Zoox (zooxanthellae) to try to save the day.

Originally published in 2015 – Zobi and the Zoox – has been extensively re-written and revised to delight and captivate primary school-aged readers. You can learn more about Zobi and the Zoox and related resources – including how to purchase copies – at CSIRO Publishing.

The first edition of the title was originally launched at ArtPlay in March 2015 with an all-star panel. It won and was shortlisted for a number of awards, including:

The Small Friends Books team have delivered a range of storytelling and art-making workshops, such as a Regional Arts Victoria tour to a bunch of Victorian schools in 2016 and our Rights for the Reef workshops at the Australian Earth Law Alliance conference and with small groups of parents and children.

Get in touch with one of the book team if you’d like us to come out to your school or organisation.