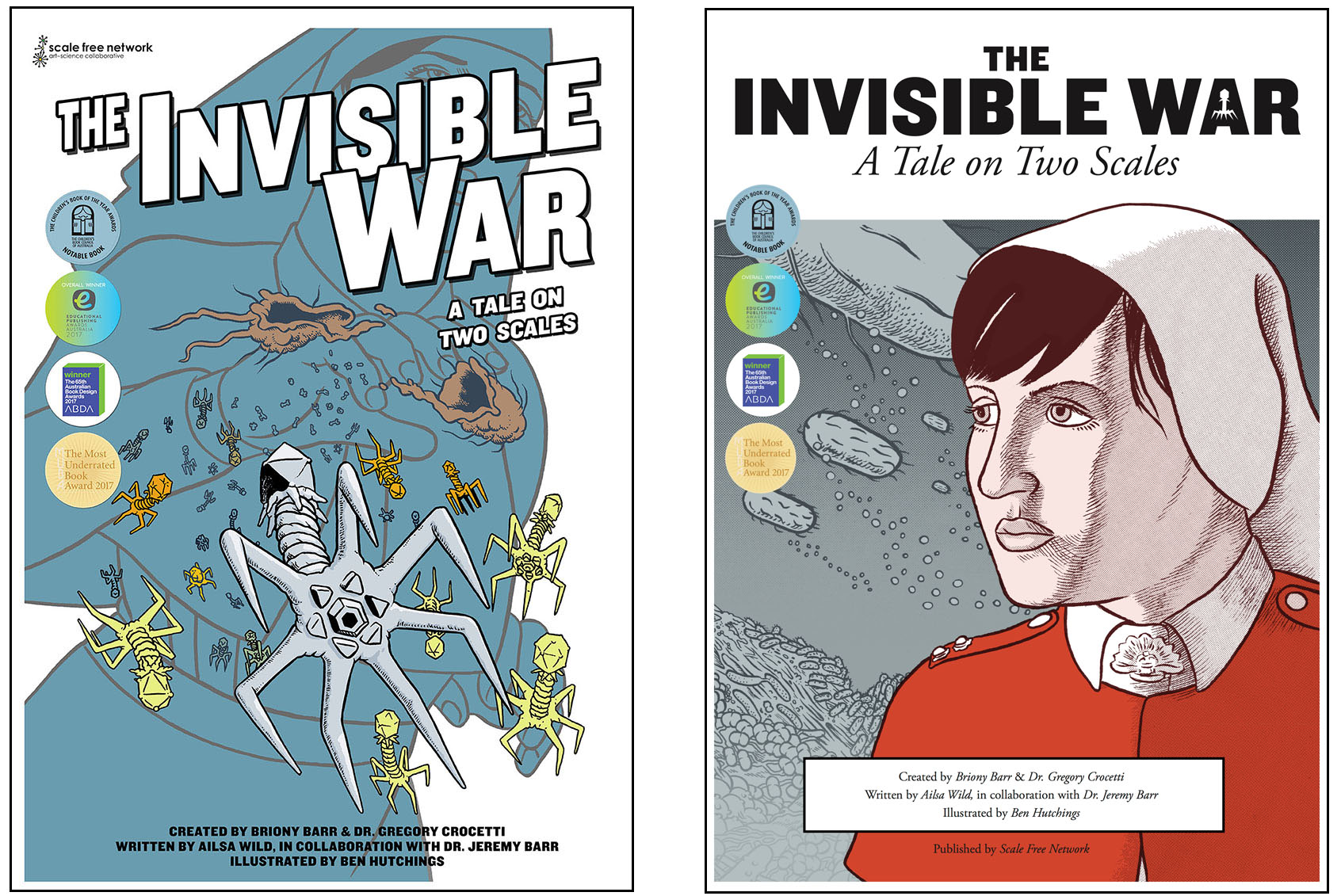 France, 1916. While treating a patient with dysentery, Sister Annie Barnaby encounters a strain of lethal bacteria. As the invaders journey deep into her gut, the resident microbes must fight to survive. Annie’s life hangs in the balance.

Enter the phage, deadly predators, ready to wage war to protect their host.

Created by a team of scientists, artists, educators, writers & historians, The Invisible War is a graphic novel like no other.

We worked with a range of different classrooms (Science, History and Literature) in Victorian high schools to test and develop the digital interactivity of The Invisible War – ahead of the launch at the Royal Society of Victoria in August 2016, hosted by ABC Science Show host Robyn Williams and former Victorian premier Ted Baillieu.

You can learn more about The Invisible War, including where to download free resources and purchase copies of the graphic novel at our dedicated website: www.TheInvisibleWar.com.au.

More information about The Invisible War and the Planet Human series.

The project has been generously supported by: